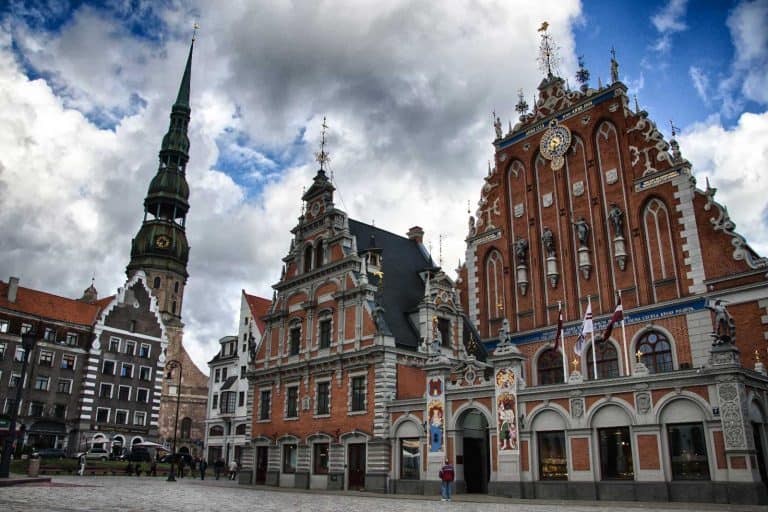 To all you Cold War kids out there (just in case you didn’t know) the news is officially out: Eastern Europe is no longer that strange, bleak, cold, and grey place we devoured images of while growing up.

Times have changed—mostly for the better—and as it turns out, Eastern Europe is actually not so bad these days; it’s even surprisingly pleasant.

When I decided to travel independently to Eastern Europe for the first time almost 10 years ago, I was slammed with a multitude of blank stares and (mostly unfounded) concerns. Now, it seems that no self-respecting independent traveller would even dream of stepping foot in Europe without throwing Hungary, Poland or Czech Republic into the mix.

But even with all of the hype, Eastern Europe’s quasi-mythical status remains and few travellers venture beyond the few Eastern European cities balancing on the fringes of Western and Central Europe.

Before I start, here’s what I don’t think you need: yet another article telling you how awesome Prague or Budapest are. You already know that. And so does every other traveller in the world (trust me, I asked—they were all on Charles Bridge last summer).

Instead, I’m choosing a few of the most beautiful cities in Eastern Europe that you may have never thought of travelling to. Sure, fitting in some of these destinations is not as easy as boarding a train from Germany and arriving a couple hours later. But who said independent travel should always be a cinch? Isn’t a little adventure half the fun? 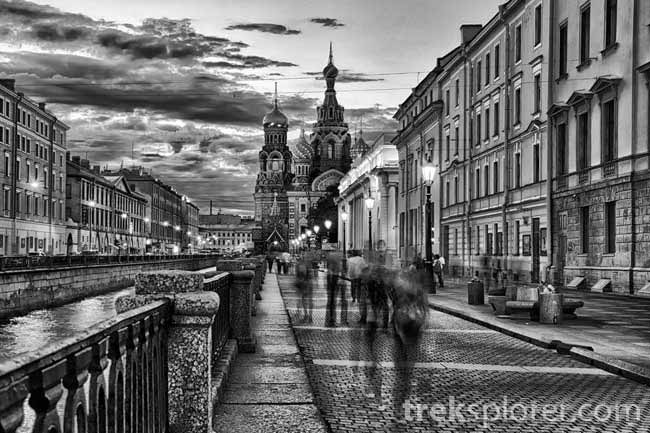 Nobody on earth likes mosquitoes, but throw in some spectacular churches and museums along lazy canals (and a bear hugging Russian brides on the banks the Neva), and you get St Petersburg, Russia, one of the most beautiful cities in Eastern Europe.

Independent travellers will love simply wandering the immortal streets and waterways of St Petersburg—especially fans of Russian literary giants like Dostoyevsky, Pushkin and Gogol, whose omnipresence in the city is at once both comforting and haunting.

Unlike the Pragues and Krakows of the world, St Petersburg lacks a strong independent travel scene, and noticeably (yet thankfully) absent are those raunchy British stag parties and loud-mouthed, gap-year party animals that beset so many other Eastern European cities.

This is part of the charm of St Petersburg, particularly for English-speakers: feeling completely out of place, awash in sea of Cyrillic letters and unfamiliar Turkic and Indo-European tongues from diverse post-Soviet republics, yet besieged by familiar European beauty.

As you probably know, applying for a Russian visa is about as fun as filing a tax return or getting a tooth yanked, but with a visa in hand, you’ll be free to take in all of St Petersburg—the Hermitage, the Church on Spilled Blood, delicious Caucasian and Central Asian restaurants, or even the quirky and ultra-retro Museum of Soviet Arcade Machines—all outside the confines of a time-pressed tour group.

An Artist’s Canvas at Heart of the Baltics: Riga, Latvia

Although 90% of the world’s population has probably never even heard of it (yet), Riga, Latvia no doubt belongs on this list, even if only to inspire you to visit before it becomes another tourist-trap tragedy.

Savvy independent travellers are beginning to realize that Europe doesn’t stop east of Poland, Slovakia and Czech Republic, and if the ever-increasing stream of tourists on the streets of Riga is any indication, the city is on the verge of a tourism renaissance.

Although wandering around Old Town is a wonderful way to experience the Baltic city, Riga scores points for simply being itself outside of its tourist haven. At times, it’s suave, hip, and sophisticated, and at others, artistic yet gritty. While many streets outside of Old Town could hardly be called “beautiful”, a certain authenticity holds up—Riga truly feels like a lived-in city, not one existing solely for tourism, rather one that is adored as much by its inhabitants as its visitors.

With suburb air connections throughout Europe—thanks to airBaltic, the Latvian low-cost carrier—getting to Riga is also hardly the royal pain in the ass it once was. No wonder travellers are quickly taking notice. 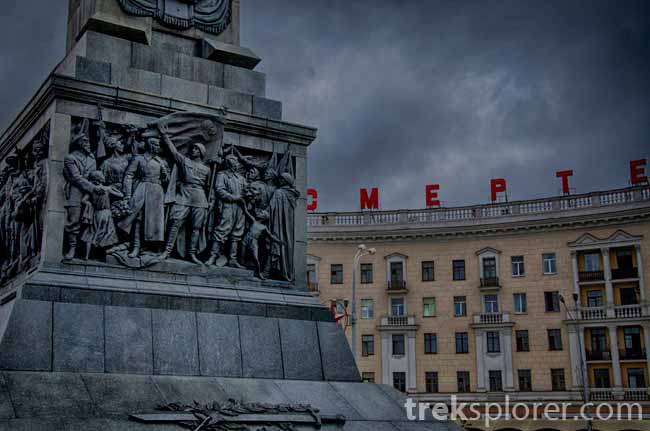 So, you’ve probably heard of Belarus, and are now scratching your head: how the hell did Minsk make the cut for this list?

Well, the answer is easy: Minsk is an incredibly—even if, surprisingly—beautiful city!

(And I don’t seem to be the only one that believes Minsk is one of the most beautiful places in Eastern Europe.)

But before I can gush about Minsk—or express my deep regrets for not staying longer in Belarus—I’d like to dispose of the one label, which through careless travel writing has become a reputation-destroying cliché hardly deserving of serious consideration: “post-Soviet time capsule.”

Okay, so Belarus isn’t exactly a squeaky clean democracy. But leaving politics aside, Minsk hardly feels, at least from my experience, like the step back into the Cold War everyone seems to claim.

Sure, it has its fair share of post-Soviet kitsch, drab Stalinist architecture, and dreary industrialized suburbs (find me a city in the former-USSR that doesn’t), but Minsk is more than that.

Far from the unfriendly and dystopian world we once conjured up, Minsk is a veritable masterpiece of city planning full of grand buildings, wide boulevards, busy bars and cafés, and with more parks and greenery than you’d ever imagine from a city with such a bleak reputation.

Although the prospect of applying for a Belarussian visa can be daunting, the paperwork is relatively straightforward (especially compared to getting a Russian visa) and travelling to Belarus is unique Eastern European experience that you won’t soon forget.