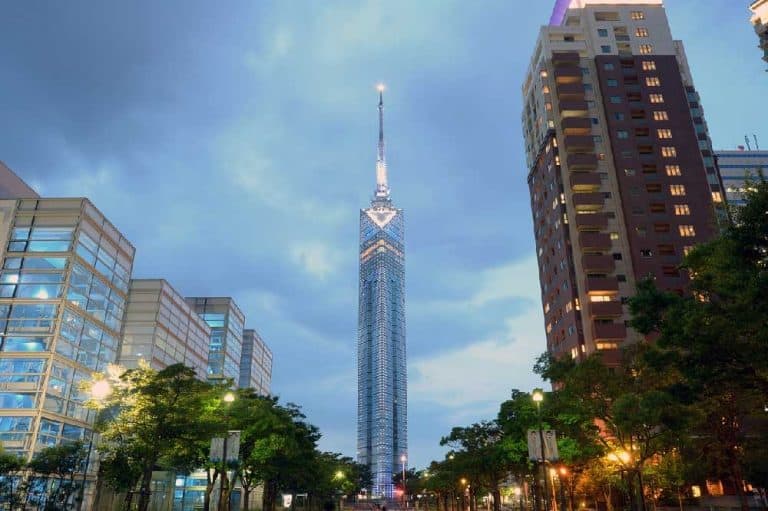 Deciding where to stay in Fukuoka can be tricky. Comprised of two towns on each side of the harbour, Fukuoka is a sprawling modern city that’s grown to become the eighth-largest metro area in Japan. The castle town of Fukuoka and the Hakata merchant town combined in 1889, creating two distinct sides of the city.

If you’re travelling to Japan and want to avoid the crowded streets of Tokyo, Osaka or Yokohama, Fukuoka provides a nice alternative.

It’s smaller compared to the megapolises, but it still offers the amenities of a typical modern Japanese city. Fukuoka has large commercial districts with massive malls and endless options for dining or entertainment. Along with the modern features, Fukuoka keeps in touch with its past, maintaining many shrines and temples.

Not sure where to look? Get your accommodation search started with this guide to the best places to stay in Fukuoka…

Where to stay in Fukuoka: The best neighbourhoods & areas

Fukuoka contains seven wards, each with its own distinct offerings. The wards are connected via trains, buses, and subways, providing convenient transportation between attractions. 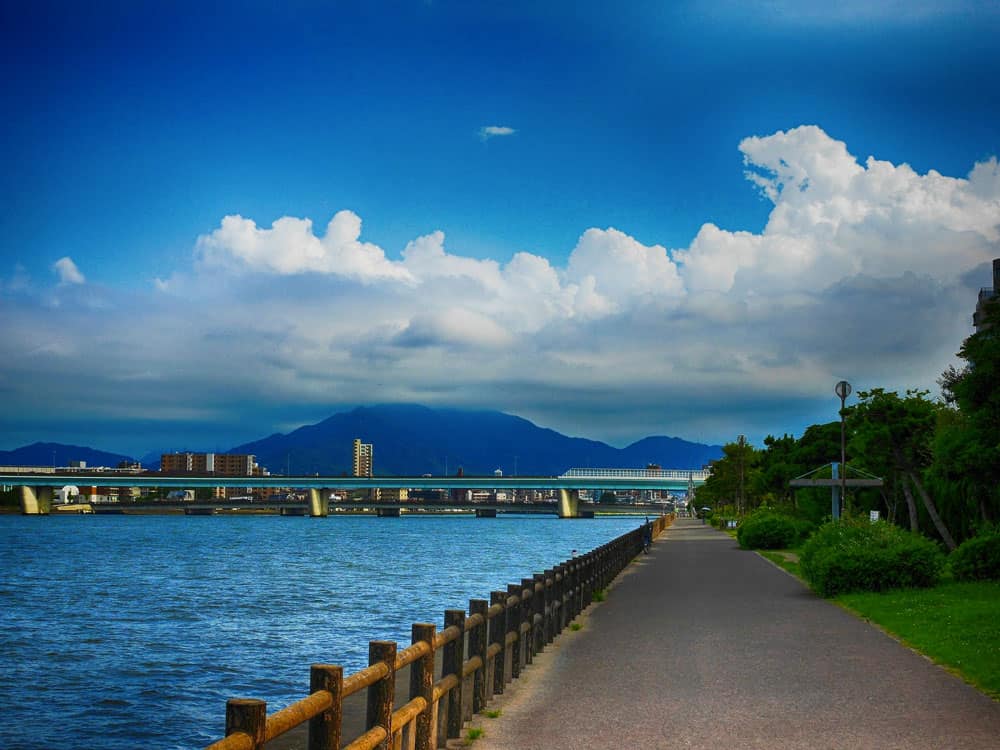 Depending on what you want to see and do in Fukuoka, you may prefer to stay in one ward over another. In the main downtown sections of Fukuoka, you’ll find the major commercial areas of the city. This includes a large underground mall and a nightlife hub.

The former town of Hakata provides access to the city’s main religious and cultural sites. The area also has plenty of green spaces, filled with parks and gardens.

Most of the wards border the harbour, ensuring you can reach the waterfront attractions and beaches no matter where you stay.

The best areas to stay in Fukuoka for travellers include:

✔ Best area to stay for sightseeing and shopping

The Chuo ward is the most popular choice for first-time travellers. Staying in this area places you closer to some of the top attractions in Fukuoka. 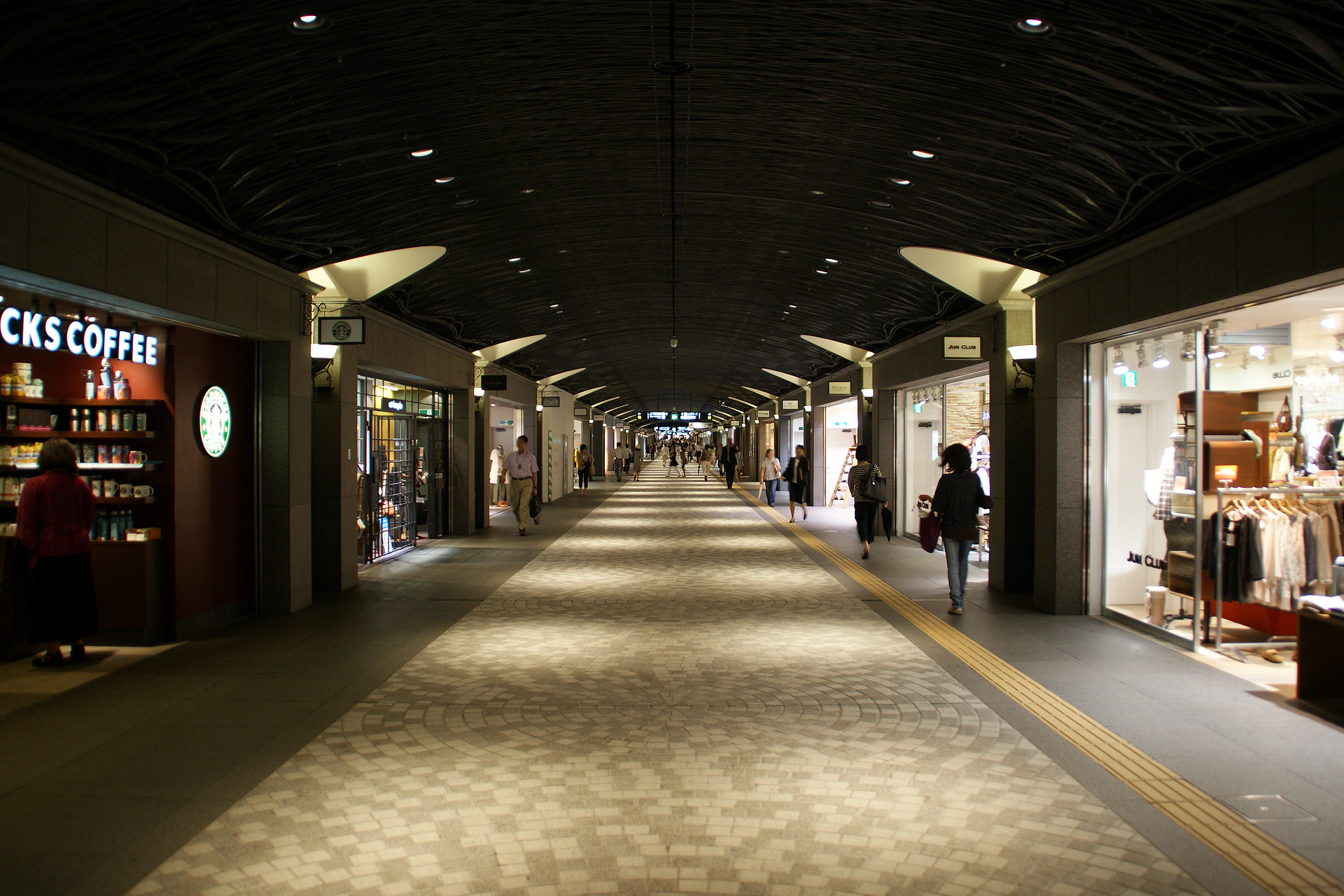 As the main administrative centre and home to the two main downtown areas, Chuo ward offers plenty of shopping, seafood, and sightseeing.

The two main areas of Chuo ward include the Tenjin downtown area and Daimyo. The ward includes the Fukuoka Municipal Zoo and Botanical Gardens, the city’s art museum, and a massive sports complex.

Near the underground mall, you’ll find Oyafuko-Dori. Known as the city’s nightlife district, the area has a wide variety of bars, nightclubs, and restaurants open during all hours of the day and night.

While Chuo ward is heavily developed, it also includes sprawling parks where you can get away from the traffic and modern buildings. Ohori Park is the perfect spot to stretch your legs and take a stroll around part of the city.

Where to stay: The best hotels in Chuo

Chuo ward includes some of the best hotels in Fukuoka. As the area technically includes two major downtowns, Chuo ward provides accommodations for every type of traveller. Enjoy a stay in a boutique-style hotel near the parks or a resort near the beach.

Here are a few of the best hotels and places to stay in Chuo Ward:

✔ Best area to stay for culture and scenery

For a complete Fukuoka itinerary, you need to visit Higashi Park and the giant wooden Buddha statue at Tochoji Temple. You can visit both sites when staying in the Hakata ward. 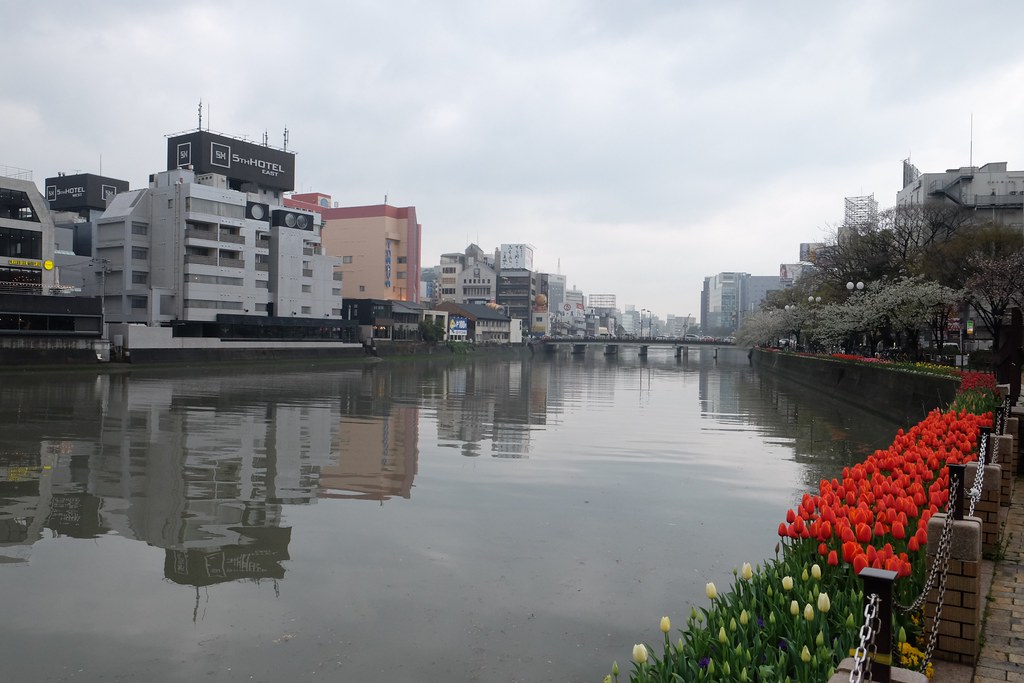 This ward is known for containing most of the cultural sites and many of the best things to do in Fukuoka. You can find dozens of temples and shrines, along with the historic Hakata Sennen-no-Mon Gate.

Hakata was originally a separate city. In fact, it’s one of the oldest cities in Japan. It was a merchant city that eventually merged with neighbouring Fukuoka in the late 1800s.

When the cities merged, residents voted on the name. Half chose Hakata and half chose Fukuoka. Ultimately, the local government decided on Fukuoka.

Hakata ward is known as the traditional centre for the manufacturing of Hakata ningyo dolls. These traditional Japanese dolls are popular throughout the country and continue to come from the region.

The region also has a musical legacy, as the home of Mentai Rock. The musical genre spawned the creation of many J-pop idols in the early 1980s and has recently experienced a revival.

Where to stay: The best hotels in Hakata

Hakata offers a wide range of hotels, including several options right near Fukuoka Airport and Hakata Station. The diverse selection includes everything from three-star hotels to luxury resorts and traditional Japanese inns.

Here are a few of the best hotels and places to stay in the Hakata:

✔ Best area to stay for seafood and beaches

As with most of the major wards, Sawara borders the harbour. It’s also home to one of the most popular beaches and seaside parks.

Tourists tend to stay in this area for access to the beaches and the great dining options along the waterfront.

Sawara is home to Momochihama Beach and Momochi Seaside Park. The park was originally developed for the 1989 Asia Pacific Expo. It includes futuristic buildings, tree-lined streets, public parks, and no visible electrical lines or phone lines above ground.

The area is packed with commercial development, offering access to dozens of shops and restaurants. It also includes several of the top attractions in Fukuoka.

During a stay in the Sawara, you can visit the 234-metre-tall Fukuoka Tower. The tower includes an observation deck with great views of the city.

After climbing down from the tower, you can take in a baseball game at Fukuoka Yafuoku Dome or examine culturally significant artifacts at Fukuoka City Museum.

Along with these reasons to stay in Sawara, the area also includes some of the best seafood restaurants in the city (and possibly the country).

Where to stay: The best hotels in the Sawara

Sawara has lots of apartments and traditional Japanese inns. If you’re only visiting for a few days and want a private bathroom, the area does include a few hotels. The available options are all right by the beach and near Chuo.

Here are a few of the best hotels and places to stay in the Sawara:

✔ Best area to stay for aquariums and seaside resorts

As the eastern-most ward, Higashi is a little further from the downtown areas and the crowded tourist spots. It’s a great place to relax and enjoy time near the harbour.

The area includes many waterfront attractions, as the land features numerous small peninsulas. In fact, you’re never more than a few city blocks from the water.

A portion of the ward stretches out into the bay, with a large artificial island at the tip.

Island City is a modern eco-friendly neighbourhood built to extend the port functions of the harbour. It also houses several futuristic-looking parks featuring raised walkways winding around the botanical gardens.

Other highlights include Kashii Kaen, a compact theme park near the water with rides and a Ferris wheel, and a large city aquarium with a diverse selection of marine life.

Of course, this ward also has its own selection of shrines and temples to visit. Hakozaki Shrine is one of the more popular religious sites in the city, featuring iconic antiquities and well-preserved gates.

Where to stay: The best hotels in Higashi

Higashi doesn’t have a large selection of hotels. Several of the options are near the border with Hakata. If you want to explore Island City, the artificial island has its own resort.

Here are a few of the best hotels and places to stay in the Higashi: