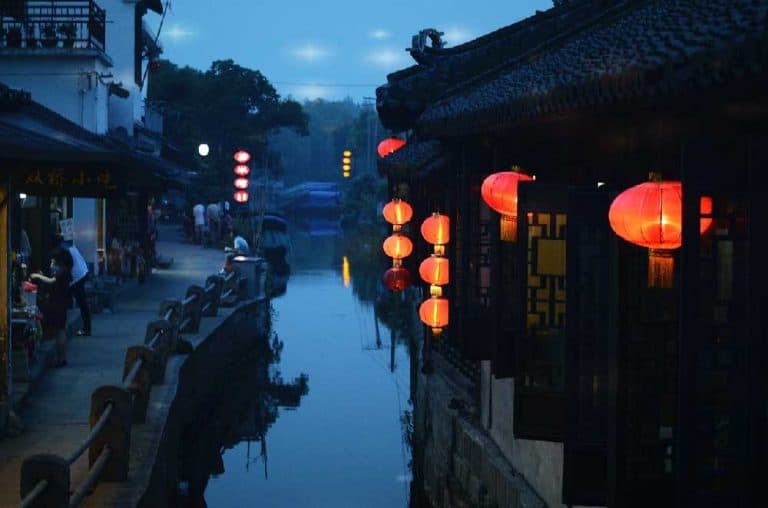 Trying to decide where to stay in Suzhou? With many neighbourhoods and districts, choosing the right spot isn’t always easy.

The city is a major economic centre and home to over 10 million residents. Despite the size of Suzhou, it continues to be an interesting contrast to the bustling megacities of Shanghai and Beijing.

Instead of endless crowded streets and heavy traffic, the city offers canals, pagodas, and some of the largest gardens in the world.

Historically, Suzhou attracted creatives and aristocrats to the city due to its abundance of artworks and traditional ancient gardens. The beauty of Suzhou still attracts millions of visitors each year, making it a top choice for travelling to China.

Many first-time visitors choose to stay in the central area surrounded by some of the most famous gardens. You could also stay near Shangtang Street and the city’s nightlife scene or find a hotel close to some of the historic water towns.

Not sure where to look? Get your accommodations search started with this guide to the best places to stay in Suzhou.

Where to stay in Suzhou: The best areas & neighbourhoods

Canals and rivers divide central Suzhou into a checkerboard. In the middle, you’ll find Suzhou Old Town. It’s home to some of the main attractions, including the Humble Administrator’s Garden and a zoo. Of course, the downtown area is also the busiest. The area south of the city centre offers access to lakes, fine dining, and shopping. The eastern part of central Suzhou includes some of the most recent modern developments such as Suzhou Industrial Park (SIP). To the west, you’ll come across various botanical gardens and museums.

Beyond the central urban districts, the city has many residential and industrial neighbourhoods. For the most part, tourists tend to visit the areas surrounding the city centre.

Some of the best areas to stay in Suzhou for travellers include:

✔ Best area to stay for historic sightseeing and culture

If you’re interested in visiting the main attractions that the city has to offer, you may want to stay in Suzhou Old Town. It’s the central downtown area of the city and contains several of the most important gardens, including the Humble Administrator’s Garden and the Master of the Nets Garden.

To add as many historic sites to your Suzhou itinerary as you can find a hotel in or near Suzhou Old Town. It’s the heart of the city and surrounded by the Waicheng River. Dozens of canals also cut across this area.

One of the most famous canal streets is Pingjiang Road. It’s just south of the Humble Administrator’s Garden and spans several kilometres.

The canal is flanked by old buildings housing restaurants, boutique shops, and various outdoor cafes. As you ride a boat down the canal, you’ll pass under at least a dozen stone bridges. You can also walk the street next to the canal and explore the various establishments that look out over the water.

This area also includes several pedestrian shopping streets, such as Guan Qian Shopping Street. You can find almost anything from local handicrafts to designer clothes at the various stalls and stores.

The Old Town area has many options for accommodations, including a couple of dozen mid-range hotels. Unlike many other major cities, the hotels in the Old Town area tend to be cheaper but they still run out of vacancies quickly.

✔ Top area to stay for foodies and families

Wu Zhong is a sprawling district covering most of the southern half of urban Suzhou and the site of Suzhou Industrial Park. It offers a mix of everything, including access to the historic gardens and canals along with modern shopping malls. 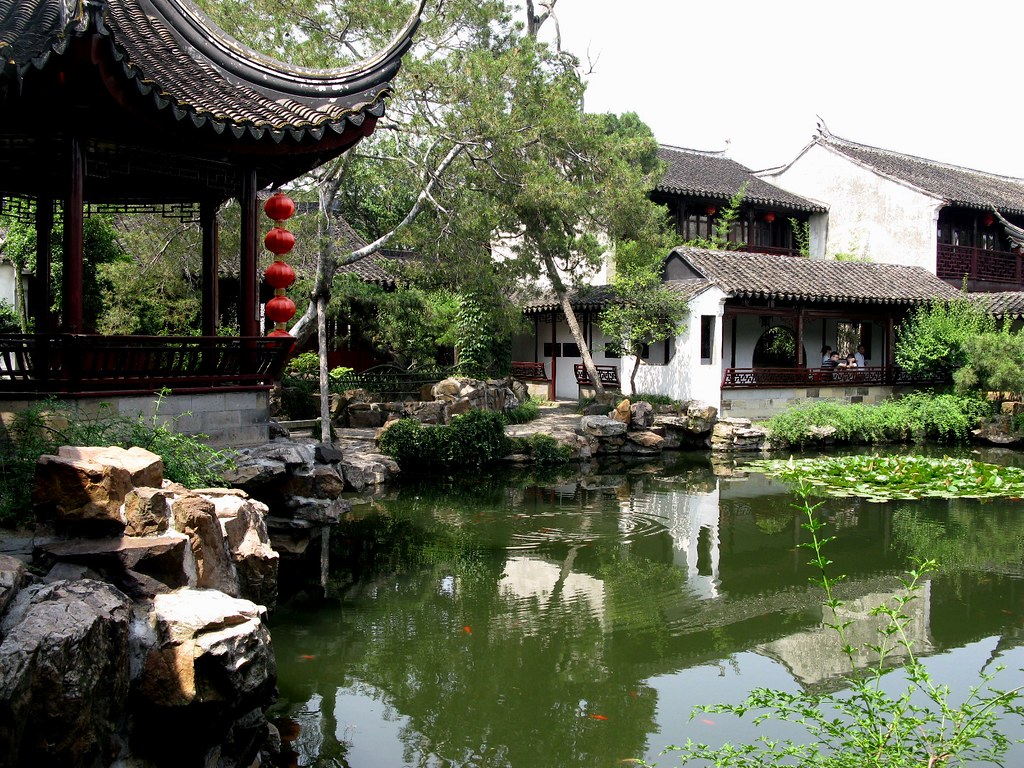 Staying in the Wu Zhong district ensures that you’re still within a short taxi ride of the top attractions in Suzhou and some of the best restaurants. Foodies should love staying in this area and exploring the various markets and local eateries.

Thanks to the wide variety of attractions, hotels, and establishments, you’ll also find family-friendly areas to stay. Overall, Wu Zhong is one of the more diverse districts due to its large size.

While you can easily reach the nearby historic sites, you can also spend time at the Suzhou Shangfangshan National Forest Park or Shangshantang Scenic Area. These green spaces offer fresh air, scenic views, and a getaway from the crowded streets.

Wu Zhong also has several large lakes including Shihu Lake and Yinshan Lake. These lakes connect to the canals that run through the downtown area and provide numerous water activities. You can spend your day out on the water and then check out the waterfront bars and restaurants in the evening.

As the Wu Zhong district covers a lot of the central part of the city, it includes some of the best hotels in Suzhou. Many of these options are a short ride from the old town area and Suzhou Industrial Park.

✔ Top-rated area to stay for luxury travellers and shopping

Located within the Wu Zhong District, Suzhou Industrial Park covers an area of 288 square kilometres. This area includes the popular Jinji Lake and Dushu Lake. Around the shores of the lakes, you’ll find many shopping and entertainment amenities including many luxury stores and malls.

If you want to enjoy the fresh air and a walk around a park, you can travel to the eastern or southern shore of Jinji Lake.

China developed Suzhou Industrial Park (SIP) as a joint project with the Singaporean government. Work on SIP began in the 1990s and it’s now one of the most modern parts of the city.

As part of the modern developments, SIP has several fun attractions including the Suzhou Ferris Wheel. The Ferris wheel is 120 metres tall and located on the east bank of Jinji Lake. It has a capacity of 300 passengers and offers a 20-minute ride with sweeping views of the lake and the surrounding urban area.

The Gate to the East stands in the centre of SIP, located on the banks of Jinji Lake. It stands over 301 metres tall and is currently the tallest building in Suzhou.

Many of the hotels in SIP were built around Jinji Lake and provide views of the lake or city from the hotel rooms. While the hotels in the area tend to cost a little more, they’re among the most luxurious options in the city.

✔ Best neighbourhood to stay for relaxation and budget travellers

Wu Jiang District isn’t the most popular area for tourists, giving you a chance to relax after a long day of sightseeing. This district covers the area just south of the Wu Zhong district and Suzhou Old Town.

While this area doesn’t have a lot of attractions, you can still reach other parts of the city via taxi or bus rides. The closest attraction is Tianyi Hot Springs, located about 12 kilometres from the top hotels in this district.

Getting away from the tourist traps does offer a few benefits. Besides less-crowded streets, you’ll also have the chance to immerse yourself in the local culture. With fewer tourists in the district, you can experience local life.

In the morning, visit Wujiang Park. Locals love to walk or cycle the paths through the park. During the day, you can explore some of the residential districts and communities, trying local cuisine and mingling with the residents.

This district also borders Shanghai. If you run out of things to see and do in Suzhou, you can take a day trip to the bustling city next door.

A few of the hotels are near the southern border of the district, placing you even further away from the main attractions of the city. Luckily, several of the best hotels in the area are near the border with Wu Zhong.