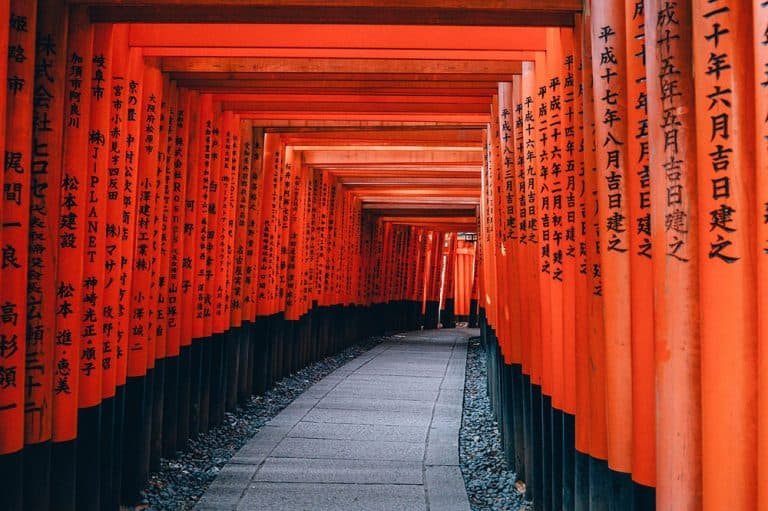 There are many ways of getting around Kyoto to see these ancient wonders and to enjoy the sights and sounds in this city of contrasts.

Here you’ll find modern buildings shoulder-to-shoulder with ancient shrines and fine-dining restaurants alongside traditional tea gardens. You can spend a night in a monastery or take a hike in the tranquil hills on the outskirts of the city.

Ready to start your Kyoto adventure? Here’s, in a nutshell, a guide on how to get around Kyoto…

How to get around Kyoto: A transportation guide

Kyoto is quite a compact city and fairly easy to get around. Like most Japanese cities, the public transportation in Kyoto is well-developed and very efficient. 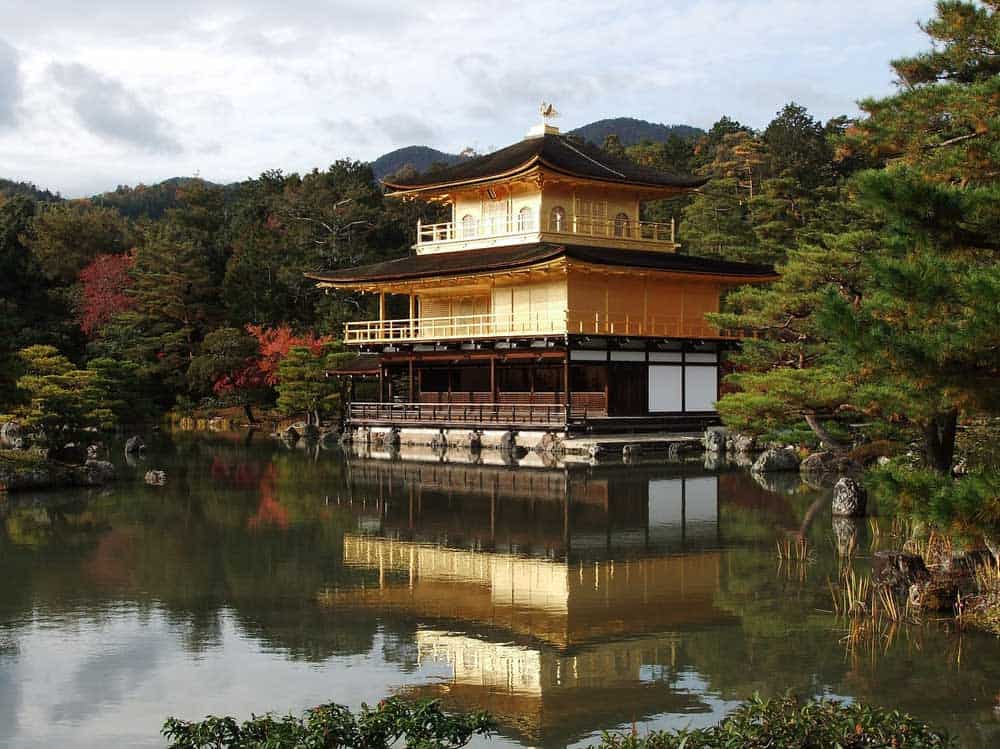 Unlike other cities like Tokyo or Osaka, the subway system is, surprisingly, not always the best choice for getting to the tourist attractions. Metro transportation often falls short with the stations a considerable distance from the best sightseeing spots in Kyoto.

Nonetheless, you can get to any corner of the city using the transportation systems in Kyoto. If all else fails Kyoto is an ideal destination for those who love to walk or cycle.

Start your trip at the Kyoto Bus Information Centre as most transportation cards and passes are available here.

A Japan Rail Pass is of limited use in Kyoto, so if you have one, don’t activate it until your last day in the city. Many travellers get frustrated with how few trips they can make with the pass.

There are just two lines on the Kyoto subway system. The Tozai line runs east to west, and the Karasuma line from north to south.

They aren’t necessarily ideal for sightseeing. The rail transportation system in Kyoto services mostly the city centre and is geared to commuters rather than tourists with few major sightseeing attractions located directly on the routes. (Although many of the top places to stay in Kyoto are located close to subway stations.) 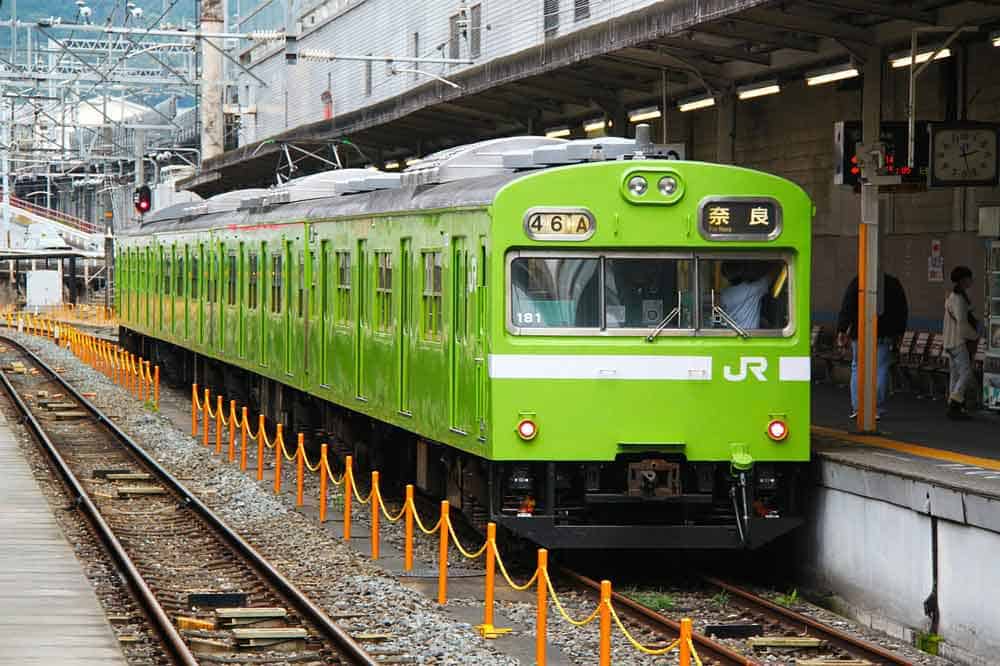 The railways in Kyoto are also operated by several different companies so ticket purchases and changeovers can get complicated. Trains are, however, faster and more comfortable than the bus service so it’s better to take the train where possible.

All signage in subways and on trains is in English so it is easy to find your way through the subway system. Announcements are also made in English. The lines operate between 5.30 in the morning and 11.30 at night.

Incidentally, the subway stations make for an interesting stopover as they contain places of interest, shops and restaurants.

In addition to the metro, trains are also an important means of getting around Kyoto. Below are the eight most important lines in Kyoto (include the subway lines). Many of these lines service the outskirts of the city

It’s a good idea to use Google’s fare estimator when choosing your rail itinerary in the Kyoto transportation system because transferring between rail companies can get pricey.

The Kyoto transportation system includes an extensive bus service. Buses run from 6:00 in the morning to 10:30 at night. You can get almost anywhere in the city if you know what bus to take and where to catch it.

Kyoto has a flat fare zone in which adults pay 230 yen. On almost all Kyoto public transportation, children pay roughly half of the adult fee. Outside of the flat fare zone, additional costs apply. When you climb onto the bus from the rear (exit in the front), you take a numbered ticket and your number and the fare will appear on a screen up front.

There are three different bus services in the city. Green buses service the city centre. Cream buses with red trim are mostly used in the outer suburbs. The brightly coloured Raku bus service stops only at tourist locations.

In Kyoto, you’ll find taxis at every corner throughout the day and night. You can tell the status of the taxi by the light next to the driver. If its red, it’s occupied; green or blue, it’s available. 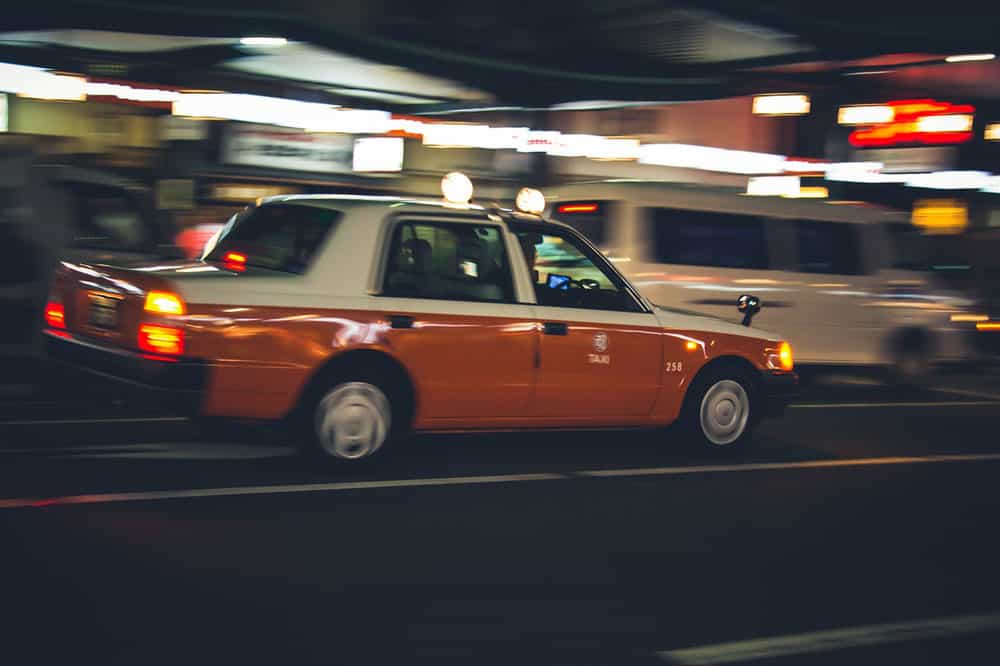 The taxis in Kyoto are reasonably priced. If you need to get somewhere quickly, or if you’re not sure if that part of town is covered by public transport, taxis make a sensible choice.

For groups of three or four people, taxis may be a cheaper option than buses.

One of the best ways to explore Kyoto is by bicycle. The city often appears on lists of the best places to cycle. This is because Kyoto’s flat and compact, the weather is reasonable and the traffic is disciplined. A tranquil river runs through the city and there are paths along the way making for a delightful ride. 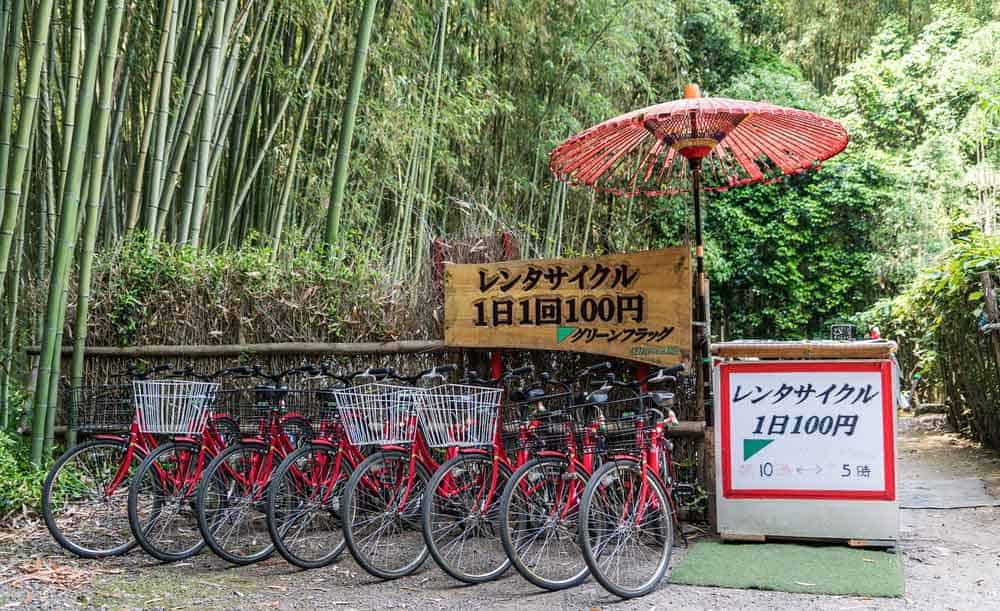 Rent a bicycle from one of the many bicycle stores that have sprung up in Kyoto in the last few years.

Be careful to park your bike in one of the many designated parking areas. Parking anywhere else could get your bike towed away.

Don a good pair of walking boots and take to the streets or the hills around Kyoto. In this way, you’ll get to see a lot more of the sights and enjoy the sounds and aromas of this great Japanese city.